To celebrate New Year 2014 and one year of my story commercialism, I offer FREE ebook! But it's only valid after you finish my survey. You may ask, "What kind of survey?" It's my personal survey regarding your reading preference. In order to service my readers better, I need to know what they like and think. Hence the survey.

All I can say is that DO NOT miss this rare offer! I don't give away my ebooks for free very often ;)


A few weeks ago, I noticed there was something strange when I was editing the source document of my latest story. It seems as if I had been careless and left many words glued together without spaces. However, it was impossible because I was certain that I had weeded out all major typos beforehand. I fixed those glued words as fast as I could and resumed my normal editing. However, a few days later, I noticed similar typos appeared again. I then realized that I wasn't crazy! Something actively messed up my story! Later, I caught the culprit: Microsoft Word 2007 !!!

I currently use MS Word 2013 to edit my stories at home. However, when I'm at the office, I still use MS Word 2007. It was very easy to detect the incompatibility between them. As I googled the internet, I was glad to know that I wasn't the only victim.

It turns out that DOCX created by MS Word 2013 has issues if it is later modified in MS Word 2007. Upon saving, Word 2007 will randomly erase some spaces between your words. It is not clear why it happens. Microsoft has provided a downloadable fix (around 150MB) for this problem. However, once a document has been screwed, you need to manually fix it! And trust me, it's no picnic!

Is Writing A Good Job Financially?

The answer can be yes and no. If you ask EL James - Fifty Shades writer - she will definitely answer yes. But if you ask me, I have to say no :(

Being a writer, especially self-published one, is not easy. I do love writing but I must admit it may not be a good job financially. Unlike any other job, writing takes so much time (not to mention the time for proof-reading and editing/re-writing). It gets worse because an ebook can not be sold too expensive, no matter how long/how much work it takes for a writer to finish it.

My parents are actually not too fond of my writing activity. Besides it's too "gay" and too "porny" for them, they also think I need a "real" job: the one that brings steady income each month. They said if I had spent that much time in an office, I'd have become a very rich successful businessman, and not a jobless poor erotica writer. Unfortunately, I can not defend my writing activity because my parents are right. Writing brings me very less unsteady income. I can't even pay for my monthly internet fee with it!

Although I resent it, I've taken a deskjob last week. The sudden change of environment is appalling to me. I no longer have time for myself, much less to write! Even if I do write, I can only finish one page and I barely sense any soul from it (probably because I write it when I'm feeling tired). It's a disaster, but what can I do?

I do notice that some writers are not full-time writers, either. They too spend much time at the office. Maybe I just need to get used to it. But for me, it's very hard to spend time to write, not when I feel exhausted all the time because of the office work. 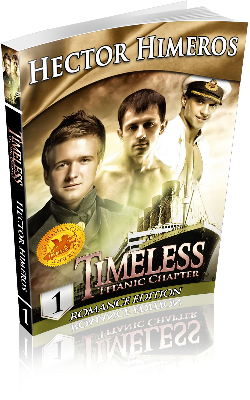 Timeless is a serialized novel about love and reincarnation which spans across ages, starting from ancient Egypt to the far future when the universe meets its demise. Timeless saga started in ancient Egypt, when the High Priest of Min named Sabef fell in love with Prince Kawab. Yet, the prince was more interested in General Hunefer. Not thinking like a normal person, the obsessive priest then cursed Kawab and Hunefer to reincarnate endlessly.
In 1912, a rich man's son named Ian Coulter ran away from his father after his sex affair with the butler was discovered. With Titanic's ticket in his hand, Ian looked forward to start a new life in America. Aboard the lavish ocean liner, Ian bumped into Chief Officer Edmund Fox. Ian thought he had fallen Edmund. Yet, he was later caught in romantic dilemma after meeting a stoker named Frank Millson. Things turned supernaturally complicated when Ian discovered that he was the reincarnation of Prince Kawab whose destiny was forever bound to Hunefer and Sabef. But time was running out as the Titanic hit an iceberg during her maiden voyage. Once again, Sabef's curse had been proven. But who would survive the sinking?

Timeless is available in two editions: Romance Edition and Uncensored Edition for those who crave steamy details. Order your copy today! 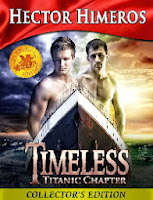 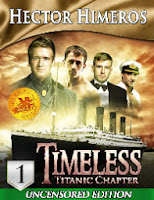 WARNING: This story ends with a twist!
Read full story >>
No comments: 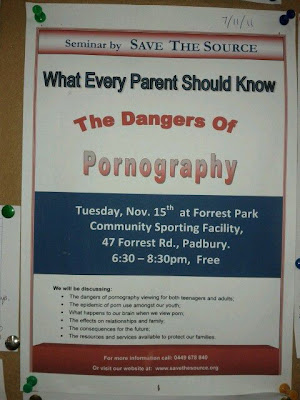 Falling In Love With Alistair 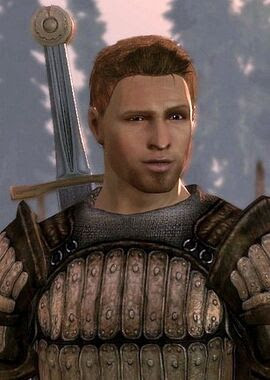 I recently started playing Dragon Age: Origins, and immediately fell in love with one of the characters: Alistair. He's goofy, sarcastic, sexually naive, and... Oohh... He's straight! Luckily, with the right fan-made modification, Alistair can be "gay" (by tricking the game that you're female).

The world of Dragon Age is similar to Lord of The Rings. There are wizards, elves, demonic creatures, knights, kings, and war. Set in Ferelden, a fantasy world, the people in the game has their own god called Maker. At the start of the game, Ferelden is about to get obliterated by the Blight (demonic plague/war). The player can position himself/herself as a human noble, an elf, or a dwarf. Player will get the role as a Grey Warden (something like peace-keeping warriors) and travel the land to unite the races. As the player travels and meets many people in needs, he/she will be accompanied by several characters. One of them is Alistair.

Alistair's biography is interesting. He's a bastard - his mom was a servant and his dad was a king. Since childhood, Alistair was raised by a noble called Arl Eamon before later he's sent away to a monastery. Long story short, Alistair was supposed to be a Templar but ended up being a Grey Warden.

Dragon Age allows romance for players: both straight love and gay love. Players can kiss a character and even make love him/her. Unfortunately, by default, the only gay male love interest is an UGLY ELF assassin called Zevran. Alistair, by default, is set to be a heterosexual man who's interested in female player.

It's very easy to get in love with Alistair. First, he's handsome. Second, he's goofy. In the game, Alistair doesn't get along well with the other companion: a witch called Morrigan. They love irritating each other. Some of their dialogue are amusing. Alistair himself is naive and sometimes talks in a funny way.

Some of Alistair's funny sentences:
* "Have you ever licked a lamp post in winter?"
* "They say you can get anything here. I once got pick-pocketed."
* "Why do they call it a 'brothel?' There's no broth. Or is there?"
* "*Sniffs* What is that smell? Fish? And something else. Oh... more fish."
* "What is that smell? Dwarven vomit? Charming." 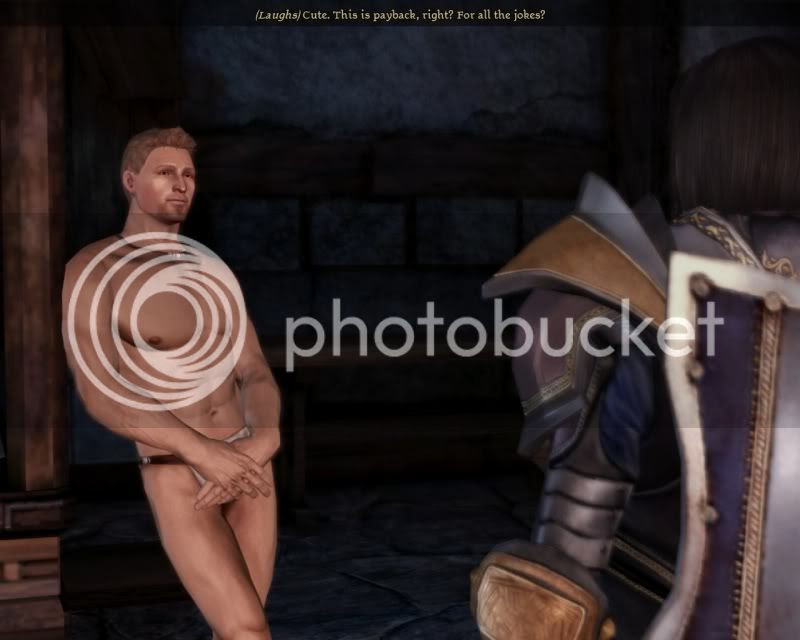 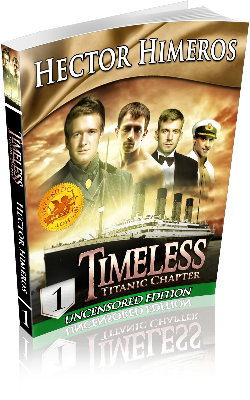 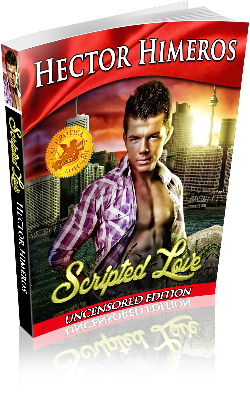 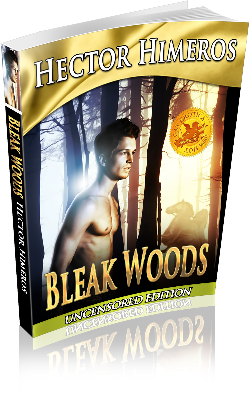 Welcome to Himeros Blog. I'm a self-published gay erotica writer and Photoshop artist. To fellow self-published writers, I'm available for cover art commission. I'm AFFORDABLE because I can work with your budget.